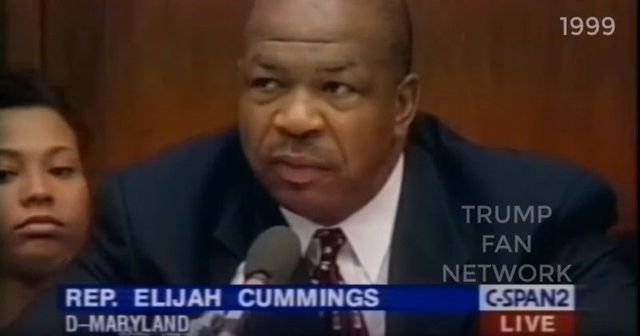 The President is working to hold elected Democrats accountable for their own local problems and issues — urgent fixes are long overdue, but it seems when he tries to point what the Dems have done with their districts he is called a racist.

But will Democrats remember that one of their own — Sen. Bernie Sanders of Vermont — himself viciously called out Baltimore and its big problems just a few short years ago?

“Anyone who took the walk that we took around this neighborhood would not think you’re in a wealthy nation,” Sanders said during a visit to the city’s West Baltimore section in December 2015, The Baltimore Sun reported. “You would think that you were in a Third World country.”

But he wasn’t the only Democrat that addressed the problems that Baltimore has.

Trump is right Cummings hasn’t done a damn thing in the 20 years since to stop it. So tired of these politicians getting fat off the backs of the working people. Thank God Trump doesn’t play their game. He’s not correct but he’s exposing them left and

Elijah Cummings states it, Bernie Sanders states it, the then Mayor of Baltimore states it, and no one bats an eye. President Trump says it and the Democrats go ballistic and Trump is a racist. That must mean the others are racists.

Elijah, it’s been 20 years, what have you done for your district?? Someone from the House needs to ask him what he has done for his district over the last 20 years.

Will Democrats apologize to the president of the United States? Will they call Cummings a racist as well?