Home Opinion Here’s The Video On Student Loan Forgiveness That Proves Why The Dems... 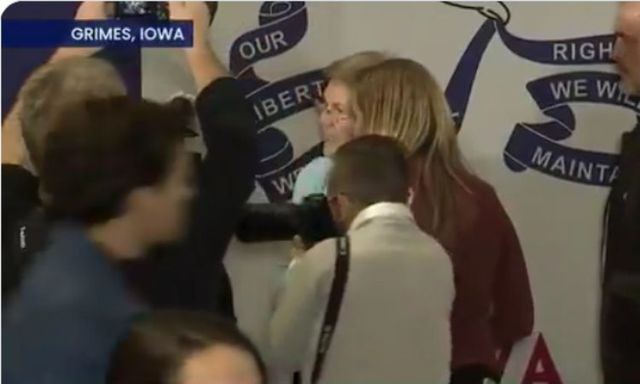 Ahead of another deadline on the restart of payments for America’s $1.7 trillion in federal student loans, President Joe Biden on Wednesday announced a plan to cancel debt for a subset of Americans and continue to keep a pandemic-era pause on the repayments — a sweeping move he has openly weighed in some form or another since his time as a candidate.

If you think that the Dems care about the real American who actually did the right thing, then you are wrong!

Below you can watch an exchange between Elizabeth Warren and an angry Americans who oppose her ideas of student loan forgiveness!

“I just wanted to ask one question. My daughter is getting out of school. I’ve saved all my money. She doesn’t have any student loans. Am I going to get my money back?” the father asked Warren in a photo line after a presidential campaign town hall in Grimes, Iowa, on Monday.

“Of course not,” Warren answered, without hesitation.

“So you’re going to pay for people who didn’t save any money and those of us who did the right thing get screwed?” the father pressed.

“My buddy had fun, bought a car, and went on all the vacations, I saved my money. He makes more than I did. I worked a double shift,” the father continued.

“You’re laughing at me,” the man said, which Warren denied. “Yeah, that’s exactly what you’re doing. We did the right thing and we get screwed,” he can be heard telling Warren.

Warren thanked him for his time and they both then moved on. Watch!

The scene was Grimes, Iowa, on January 20, 2020, just a few days before the Iowa caucuses. Then-Democratic (socialist) presidential candidate Sen. Elizabeth Warren (D-Mass.), long a proponent of taxpayers footing the bill on student loans, was confronted by an angry father who told it like it was on how he had saved his money to pay off his daughter’s college education by working double shifts, while a friend of his lived the high life and (presumably) could not pay off his student loan debts: