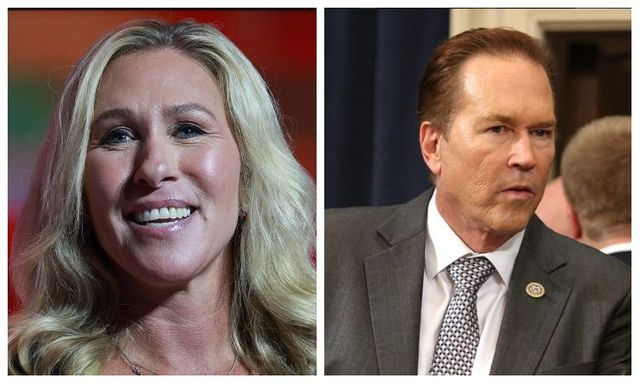 The account pointed out that Republican Rep. Marjorie Taylor Greene, for example, had $183,504 in PPP loans forgiven. This after Greene appeared on television saying, “for our government just to say OK, your debt is completely forgiven … it’s completely unfair.”

They fail to realize that it’s normal to take a loan but the loan has to be returned!

The White House also took shots at Rep. Vern Buchanan, who had more than $2.3 million in PPP loans forgiven as well as Congressman MarkwayneMullin ($1.1 million forgiven) and Rep. Matt Gaetz, ($482,321 forgiven) as well as several others, six in all.

The Left had to have some sort of comeback for criticism of President Joe Biden’s student loan cancellation plan, and it finally stumbled on one: PPP loans. And why not? A student loan was one you voluntarily took out so that you could attend college or graduate school; a PPP loan was one to allow you to keep payroll while the government shut down your business without your consent … exactly the same thing. As we reported earlier, Ben Shapiro was reportedly “owned” by someone who found that he’d accepted $20,000 in PPP loan forgiveness — the only problem is that they got the wrong Ben Shapiro.

What’s most disturbing about the White House tweeting out the names of members of Congress who had PPP loans forgiven is that the White House apparently follows Acyn, who falls just below Aaron Rupar in taking videos out of context.

How petty is this?

Congressman Vern Buchanan had over $2.3 million in PPP loans forgiven.https://t.co/bXpwJlWRm4

The “troll job” was met enthusiastically by Democrats and their supporters, with one responder commenting, “This is the type of response I want to see more of from this account.”

So it is now the White House’s position that if the government forces you to shut down your business and provides you just compensation to keep people employed, that’s the same thing as you failing to pay the college loans you voluntarily undertook. Geniuses.

Notice that they only release Conservative owned companies, as PPP recipients, in an attempt to intimidate a response. It’s their law and sure that the Dems took advantage of it too.