Home Opinion We All Know That Biden Is Not In Charge – It’s Actually... 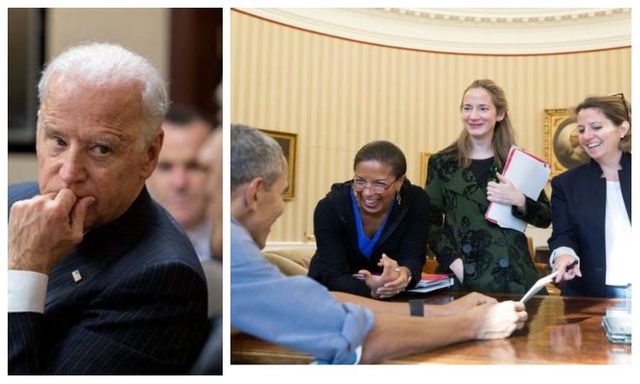 Who, really, is in charge at the White House? It sure doesn’t look to be President Biden.

The latest evidence came last week when chief of staff Ron Klain delivered a behind-the-scenes message to Democratic allies and staff, just hours after Biden’s disastrous news conference: The prez had failed to mention that his next Build Back Better bill would fund child and elder care, but Klain insisted it would.

As Axios reported, “Klain’s private comments are yet another indication the White House has a core set of priorities it plans to fight for” … even if the president doesn’t know about it fully yet.

Klain’s real message: Don’t worry, we staff will make sure Biden does what we say.

But that’s just one example!

The next two years is going to be a wild ride, as Joe Biden isn’t calling the shots, believe me on this. He’s got the title of president of the United States but none of the authority because the government is being run by Biden’s Chief of Staff Ron Klain & Company under the absolute control and direction of Sen. Chuck Schumer, House Speaker Nancy Pelosi and Congresswomen Alexandria Ocasio-Cortez, Ilhan Omar, Ayanna Pressley and Rashida Tlaib.

The left knew when they chose Biden to be the Democratic presidential nominee that he didn’t have the stamina or cognitive abilities to handle the job of president. That’s why the left chose him, they needed a person, just a warm body, living at 1600 Pennsylvania Avenue who would just do as he’s told and not ask questions.

However, after a recent investigation, we actually found who is running our country.

It seems that Obama’s third term is not just a wish for the former POTUS.

There are actually three women inside Joe’s admin who are working together to operate this show for Obama, and we identify who they are.

Obama nicknamed them “The Furies.” 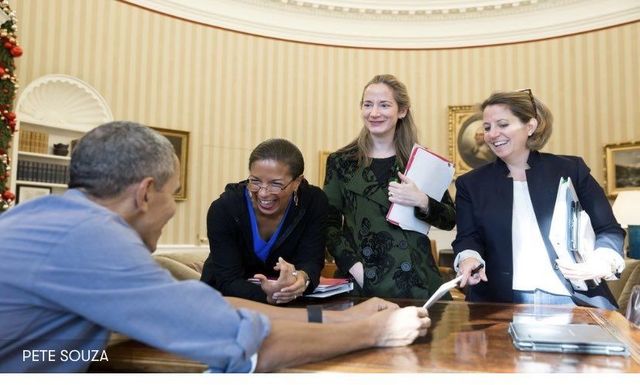 Obama dubbed his all-female senior national security team “The Furies.” Avril, Lisa, and I commanded significant power behind the scenes and were the three women Obama most loved to tease. Never before, I am sure, had such small packages wielded such national security punch.”

“The three of us were quite conscious of the rare gift we enjoyed of having two other strong, supportive women as our closest colleagues. Between the three of us, there was always candor and trust.”

It all fits together just perfectly. Vice President Kamala Harris will move into the White House and an unelected handpicked sycophant will replace her as vice president. Believe me, the far left has this all planned out and will execute it at a time and place of their choosing.