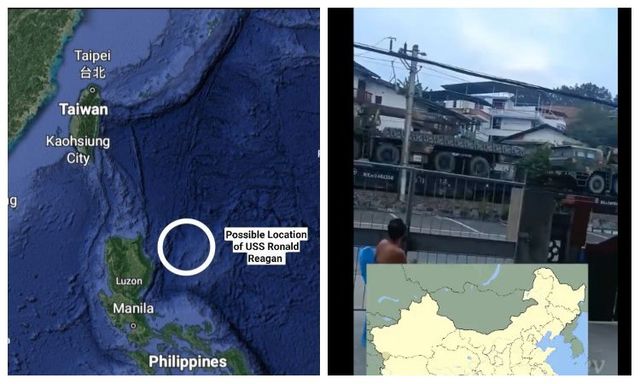 US House Speaker Nancy Pelosi’s possible visit to Taiwan has resulted in stern warnings from Beijing and mounting concerns in Washington.
The California Democrat is leading a Congressional delegation to the Indo-Pacific, with stops including Singapore, Malaysia, South Korea, and Japan, according to a statement released by her office on Sunday.

The statement made no mention of Taiwan, despite speculation in recent days that Pelosi might be planning to visit the self-governing democracy of 24 million people.

However this morning local sources confirmed that Pelosi is expected to visit Taiwan on her trip to Asia, despite warnings from China that its military ‘will not sit idly by’ if she does.

A journalist reported that the Speaker of the House of Representatives of the US Congress will arrive in Taipei on August 2. 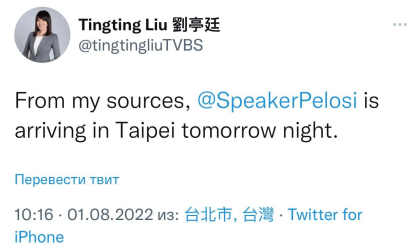 More about the journalist and the TV, it looks like the TV is not state-owned, but anyway she has a lot of experience in covering international affairs and might have good sources…
https://tw.linkedin.com/in/tingtingliutvbs

JUST IN – Pelosi will arrive in Taipei, the capital of #Taiwan, tomorrow night, the Taiwanese broadcaster TVBS reports citing sources.

The Chinese Foreign Ministry reacted to this information, repeating that Pelosi’s visit to Taiwan will lead to “serious consequences”, China will “certainly take decisive measures” to protect sovereignty and territorial integrity.

Videos started circulating showing that the Chinese army is moving its military arsenal toward Taiwan.

🚨 #ALERT 🇨🇳🇹🇼 | Earlier today, #China rapidly deployed EVEN MORE heavy military equipment – including Multiple Rocket Launchers, to the coastal area closest to #Taiwan.
❗ This was NOT a regular drill. This is preparation for a full assault. pic.twitter.com/x0dGFZADoz

USS Ronald Reagan has reportedly entered the Philippines Sea and is currently just off the coast of Manila.

To also be precise the US Aircraft Carrier is just around 600 KM from the Southern Coast of Taiwan!
Map screenshot below: 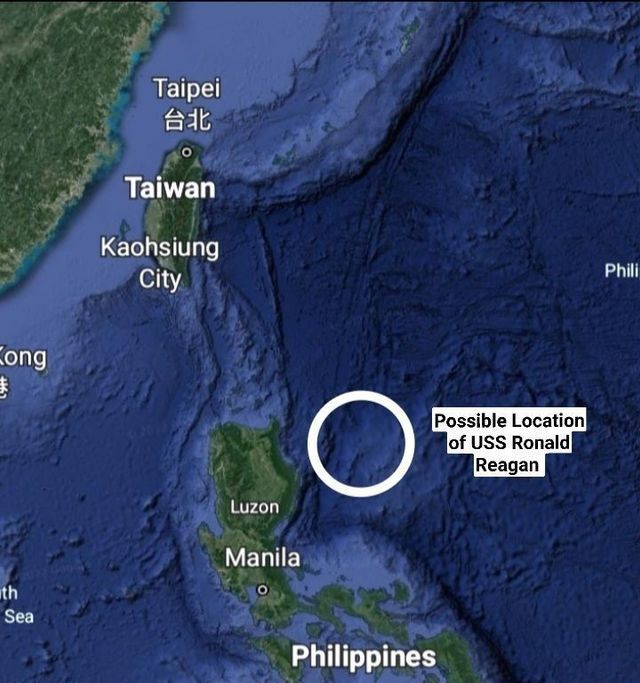 The arrangement of the American naval grouping of the US Navy in the area of the second chain of islands against the background of possible Pelosi’s visit to Taiwan: the aircraft carrier Ronald Reagan , the universal amphibious ships America and Tripoli 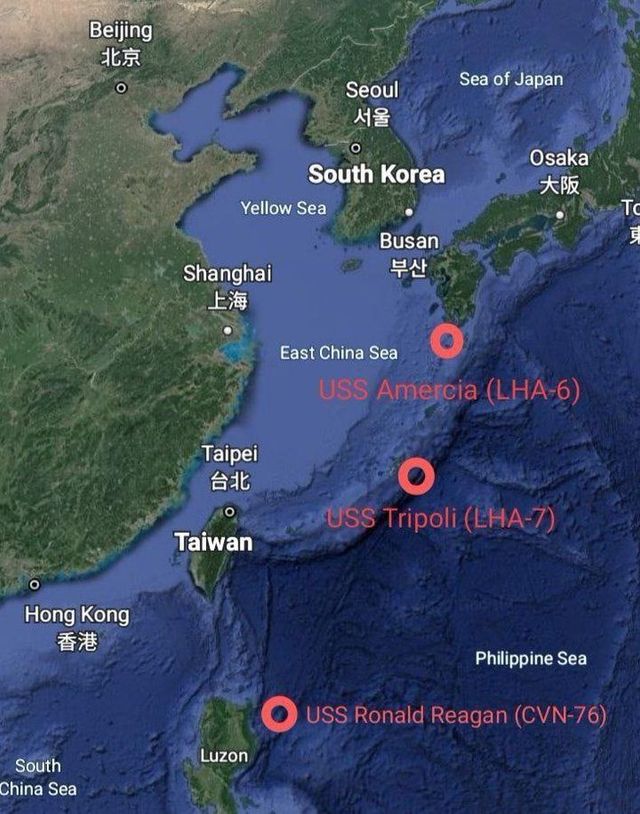 Last week, Chinese state media said the government was prepared to shoot Pelosi’s plane down if it was detected in its airspace accompanied by a fighter jet escort.

The latest warning was issued during a Chinese foreign ministry briefing by spokesperson Zhao Lijian, who said that because of Pelosi’s status as the ‘No. 3 official of the US government’, a visit to Taiwan, which China claims as its own, would ‘lead to egregious political impact’.

Here’s a video from yesterday:

CHINESE DEFENSE MINISTER:
“If anyone dares to divide Taiwan from China, the Chinese military must not hesitate to start a war, no matter what the cost.” pic.twitter.com/JicEcQpTPH

Taiwan in the meantime is preparing its citizens for war:

Taiwan is preparing its citizens for war.

Nationwide drills are being conducted that inform people where to seek shelter in case China attacks. pic.twitter.com/RKiS999AQM

Pelosi kicked off a tour of four Asian countries in the early hours of Monday morning in Singapore amid intense speculation that she may risk the wrath of Beijing by also visiting self-ruled Taiwan.