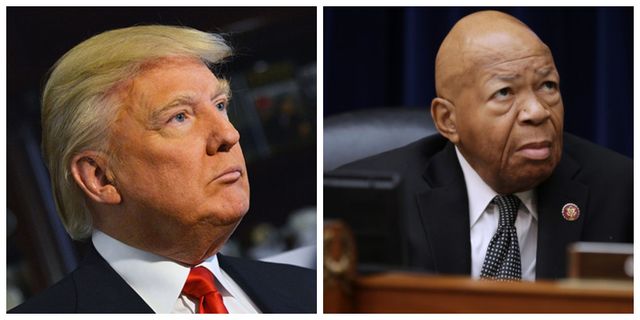 President is working to hold elected Democrats accountable for their own local problems and issues — urgent fixes are long overdue, but it seems when he tries to point what the Dems have done with their districts he is called a racist.

Since that tweet he sparked rage among the Democrats for telling the truth.

But President Trump didn’t back down — he double down the attacks this morning.

Elijah Cummings never even went to the Southern Border and then he screams at the very good people who, despite Congresses failure to fix the Loopholes and Asylum, make it work (crossings are way down and the Wall is being built). Even with zero Dem help, Border getting strong!

Baltimore’s numbers are the worst in the United States on Crime and the Economy. Billions of dollars have been pumped in over the but to no avail. The money was stolen or wasted. Ask Elijah Cummings where it went. He should investigate himself with his Oversight Committee!

“I don’t know what it’s going to take. A lot of cities all over America look like this, it’s not just Baltimore, unfortunately.” Kimberly Klacik, Baltimore journalist Remember, Vote for Trump, what the h…. do you have to lose? Best unemployment numbers!

We will have to wait and see what the Dems reactions are to the latest Twitter storm created by President Trump.