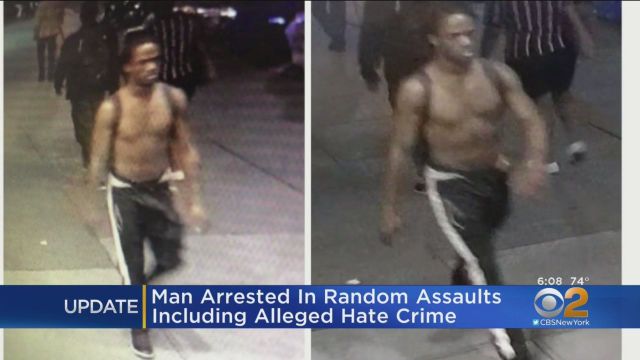 This is the face of the Democrat Party: an anti-American, racist woman who refuses to condemn Antifa. She calls 9/11 “some people did something” and makes anti-semetic statements. Nutty Nancy Pelosi gave this unfit woman a seat on the House Foreign Affairs Committee, while the liberal media says nothing.

Ilhan Omar: We should be ‘more fearful of white men’

The progressive left wing of the Democratic party make comments that result in increased hatred towards white people.

Lyons was charged with three counts of hate crimes assault.

His attorney information wasn’t immediately available. It wasn’t clear why he wasn’t charged for the fourth alleged attack.

Police say four people were attacked at night — the most recent assault coming Aug. 14. Cops said they may have been targeted because they are white.

Lyons is accused of pushing a 56-year-old man to the ground, hitting a 64-year-old woman with a wooden stick and throwing a brick at a 20-year-old woman, hitting her in the back of the head.

Police say Lyons also allegedly struck a 58-year-old man in the face and made anti-white statements. The victim suffered a bloody nose.