Home Politics ABC Reports About Biden’s “Overflow Crowd” of About 30 People at New... 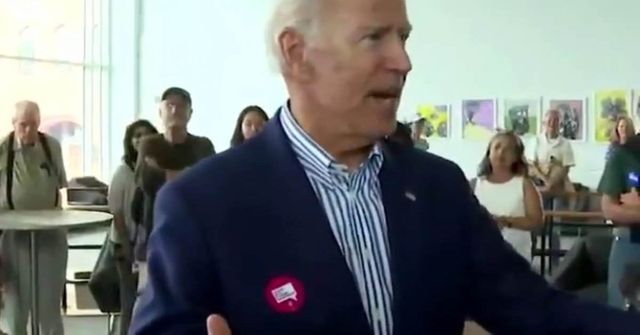 No one in American politics can excite a crowd like Donald Trump. Very few ever have. This is a unique and potent political weapon.

Last week in New Hampshire was another proof of Trump’s political power.

Trump tweeted that he broke another record:

Biden’s campaign had a numbers as they organized an event called ‘Stand Up to Hate’  at the Portland Pie Co. restaurant across the street and just north of SNHU Arena, where Trump was speaking.” The Washington Times reported.

About 30 supporters of Joe Biden gathered at the Portland Pie Co.

Still the mainstream media refuse to concede that Liberals can get people on their rally.

It seems that Biden’s rally in New Hampshire itself was a huge disaster.

Still ABC news wanted to report about some sort of “Overflow Crowd”.

ABC posted video of the “overflow crowd” at the event — there were a few dozen people in the room and most were probably media.

Biden apologized to the few people in the ‘overflow crowd’ for not being able to get into the event.

“I just came to apologize for you not being able to get in. Okay?”

Below there is another tweet of the “overflow crowd”.

From that picture I counted about 25 in the “OVERFLOW CROWD”.