Home Politics President Trump Confirms ICE Raids Are Back On 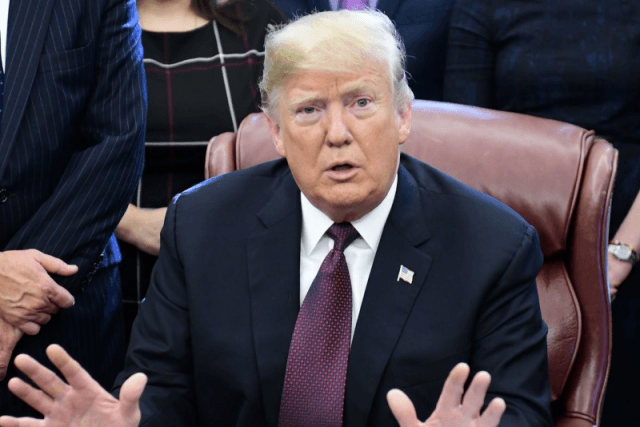 Last Saturday President Trump gave a clear warning to illegal immigrants. Immigration and Customs Enforcement (ICE) will be doing their job and apprehending migrants who are here illegally and they will be sending them home.

Needless to say, Democratic politicians were opposed to this.

Trump was not hiding his intentions. “They will be removed as fast as they come,” Trump said.

Day after that he canceled the raids at the request of the Dems!

Everyone attacked President Trump, but it seems he played this one as it should!

He gave a chance to the Dems to solve the problems but after they showed to all of America that they will ignore this problem he stated today that the ICE raids are back on!

He plans to move forward with controversial Immigration and Customs Enforcement raids absent a deal on reforming the asylum process, which he described as unlikely.

“We will be removing large numbers of people … starting in a week after, you know, sometime after July 4th,” Trump said.

Those planned raids have been the subject of intense debate and a source of immense turmoil inside the Department of Homeland Security. Before last weekend, The Washington Post reported on the closely held plan to target families in up to 10 cities across the U.S. for deportation raids. The plans prompted outrage from Democrats and, last Saturday, Trump said he would agree to their requests to delay the operation “for two weeks” to see if they can strike a deal on “Asylum and Loophole problems at the Southern Border.”

But the past week was consumed by negotiations over the humanitarian aid bill, which Congress passed right before the start of the holiday break.

Do you think that President Trump did the right move?