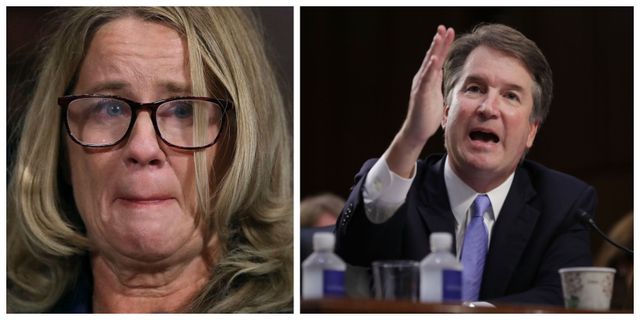 Democrats have no shame. The mainstream media will do everything they can in an effort to undermine our President’s reputation among the American people. Especially CNN.

They are attacking everything that he stands for and everyone he supports!

So like it or not Judge Kavanaugh came under huge attack just because President Trump endorsed him!

On July 25, 2003, when President George W. Bush nominated Kavanaugh to the United States Court of Appeals for the D.C Circuit nobody said anything!

But when President Trump nominated him for SCOTUS the MSM erupted will all kind of stories about Kavanaugh!

One of the false stories was the one about Christine Blasey Ford who falsely accused Judge Kavanaugh of sexual attack!

Her claims proved as wrong and false and she could have ended up in jail but instead, she is being honored!

A sexual violence prevention group, Raliance, announced Monday that they were honoring Kavanaugh-accuser Christine Blasey Ford as their 2019 Person of the Year.

Raliance attempts to stop sexual violence through research, policy and supportive programs. They advertise themselves as “a national partnership dedicated to ending sexual violence in one generation.”

In a statement, Raliance said that they chose Ford as their Person of the Year because she is a “passionate and public champion for survivors of sexual assault.”

“Her testimony in the confirmation hearings of Justice Brett Kavanaugh had a global impact on how we respond to and support survivors of sexual assault. Dr. Ford’s sacrifice in sharing her experience, and the difficulties she subsequently endured, brought much needed attention to the importance of supporting and believing survivors.”

This makes me sick! This is an injustice to all who truly been sdexually abused!