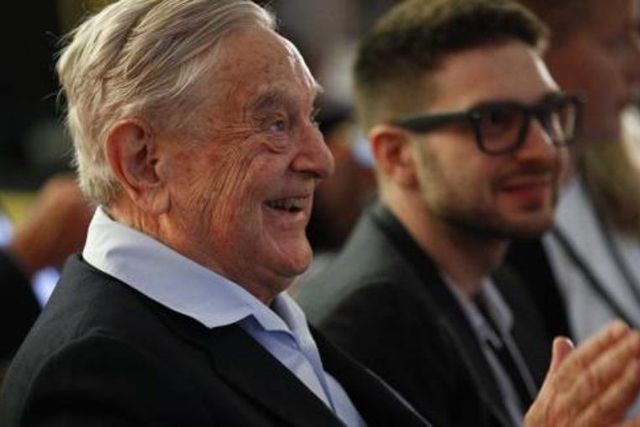 I’m starting to think there are more bad guys than good guys which is why it’s taking so long to put these people away. Money talks to the corrupt.
It seems that Soros and guys like him outnumber the good guys in our country!

Anything touched by SOROS… is ANTI-AMERICAN, every American patriot knows that he is one of the biggest threat to our way of life!

He was already involved in almost everything in our country and now he has a new target-OUR GUNS.

House and Senate Democrats introduced legislation back in June in which they allow victims of gun violence to have their day in court.

The Equal Access to Justice for Victims of Gun Violence Act aims to repeal federal protections blocking firearm and ammunition manufacturers, dealers and trade groups from most civil lawsuits when a firearm is used unlawfully or in a crime.

Those protections date to 2005, with the passage of the Protection of Lawful Commerce in Arms Act.

Rep. Adam Schiff, D-Calif., one of the bill’s co-sponsors, said since PLCAA became law, state and federal courts have “dismissed numerous the gun industry,” adding that other cases were likely at all.

It seems that the Dems joined forces with George Soros once again as Soros’s advocacy organizations are lobbying lawmakers on Capitol Hill to repeal an act protecting firearms manufacturers from liability for gun crimes including murder, disclosure forms show.

The Open Society Policy Center, Soros’s D.C.-based 501(c)4 nonprofit that works on domestic and international advocacy and is affiliated with the much larger Open Society Foundations, has poured nearly $9 million into such efforts so far this year.

Soros’s group reported spending $2.6 million on lobbying throughout the first quarter, covering international, military, and appropriations issues. In addition, the center moved into gun control advocacy and reported lobbying on “issues related to a bill to repeal the Protection of Lawful Commerce in Arms Act.”

Soros’s center reported $5.92 expenditures throughout the second quarter, which included House of Representatives and Senate for the Equal Access to Victims of Gun Violence Act.

Soros has drastically ramped up his lobbying efforts since Donald Trump took office. The financier broke his yearly lobbying record within the first three quarters of 2018 and pushed a total of $31,520,000 into advocacy efforts that year. Gun control has become a higher priority for Soros-funded groups in recent months.

“The Open Society Foundations supported several groups working to reform gun laws in the aftermath of the Sandy Hook Elementary School shooting, but this issue has not been a major area of emphasis for the foundations in the past because other organizations have been and are focused on this effort,” said Jonathan Kaplan, the communications officer for the Open Society Policy Center. “In the past few months, we have held discussions with Congressional staff about the Equal Access to Justice for Victims of Gun Violence Act.”

The policy center, which this year has utilized two lobbyists, have any direct employees. individuals from the Open Society Institute, the legal name for the Open Society Foundations, for the center, according to its most recent tax forms. – The Washington Free Beacon reported.

Luckily our country is not doing the same mistake and we are not giving away our gun!