Home Politics Foreign Politics Report: UK PM Johnson Will Tell Trump To Pull Back From A... 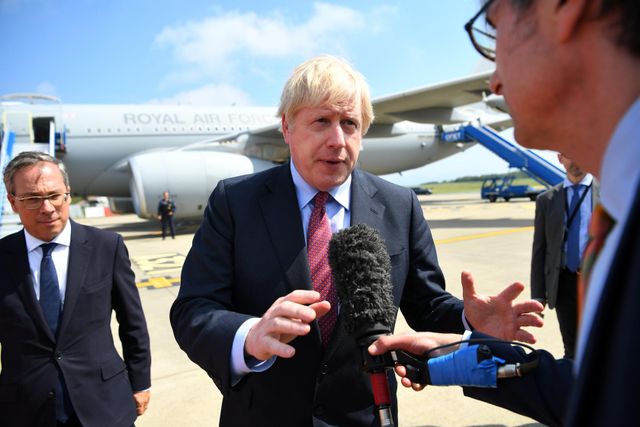 President Donald Trump arrived in France on Saturday morning after an overnight flight from Washington.

His first stop was a sunny patio for lunch across from his host, French President Emmanuel Macron.

“We actually have a lot in common, Emmanuel and I. We have been friends for a long time. Every once in a while we go at it a little bit, not very much. We get along very well, we have a very good relationship. I think I can say a special relationship,” he said, sitting on a terrace with Macron.

“So far so good,” Trump continued, shortly after his arrival for the three-day summit of major industrialized nations. “We’ll accomplish a lot this weekend.”

He said he would be telling President Donald Trump at this weekend’s G7 summit to pull back from a trade war which is already destabilizing economic growth around the world.

Asked if he would be telling Trump he should not escalate the trade war with China, Johnson said “you bet”.

Johnson said his priorities for the summit “are clearly the state of global trade. I am very worried about the way it’s going, the growth of protectionism, of tariffs that we’re seeing.”