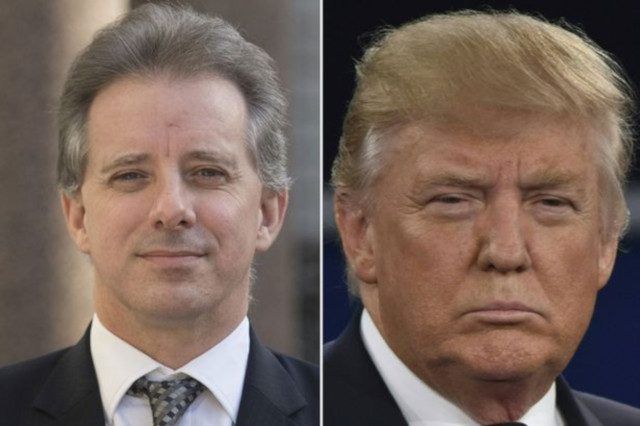 The former British spy Christopher Steele admitted in his deposition that he used random online comments from CNN’s website to back up his claims in his dossier he created against President Trump on behalf off Hillary Clinton and the DNC.

The Obama FBI and DOJ then used this junk document along with withholding information about it, to obtain a surveillance warrant from the FISA court to spy on Trump.

Pete: This after a reporter reveals, that former so-called British spy Christopher Steele admitted to using posts by random individuals, like comments, on CNN’s website to backup his alleged claims.

Ed: That anti-trump dossier was used to launch the FBI probe into possible Trump-Russia collusion.

Ed: Our next guest has been covering this story from day one. Here to weigh in, Fox news contributor Sarah Carter.

Ed: Sarah, we sort of chuckle at this idea that they are using comments essential on the CNN website to back it up, but why in the world did the FBI, that should have been vetting this to verify it, why didn’t they appear, to me at least, to do their job?

Sarah: Well, they didn’t do their job Ed, I mean they went ahead and ended up filing foreign intelligence surveillance intelligence act warrant on Carter Page based in large part on this dossier.

Let’s just think about this, we have a foreign British spy, former, for MI6. He is hired and basically colluding with the Hillary Clinton campaign and the DNC, because remember that’s who paid him though fusion GPS to actually gather evidence and compile it into a dossier against the Trump campaign.

Now we know based on his own deposition, this isn’t even based on unsubstantiated reports, but based on his own deposition, that he was collecting information—namely from open sourcing. OK, that happens a lot if you are intelligence officer, but he is also collecting it just random, random intelligence from CNN iReports and all kinds of back and forth jibber-jabber on the Internet. Putting it into this dossier.

He says something very interesting in his deposition and he contradicts himself. And this is what I want to point out, He says, “I am only allowed to talk about the open source information I collected for the dossier,” which was the majority of it, and then later on he says, “look, the intent of the dossier was not to verify any information, it was just to compile information.” Which by the way, he also gathered from former FSB Russian agents. These are people that are still connected to Putin and everyone else.

So he was just basically, he contradicts himself there, collects all this information and then spreads it like a huge disinformation campaign across the globe.

Pete: So Sarah, he compiled internet comments into a document that effectively was used to surveil a members of a presidential campaign?

Sarah: Absolutely Pete. I mean for 2 years, lets just say 3 years, but for at least 2 years now with this special council investigation. Not only did this disinformation, if this was a Russian operation, which I am sure it was, once they figure out that Christopher Steele was nosing around and asking question, the Russian sure found out right away who was paying for this.

They compiled this information, they wreaked havoc through our election system, and so now we are seeing the results of this. And now we are waiting for the Mueller report to see what he has to say.