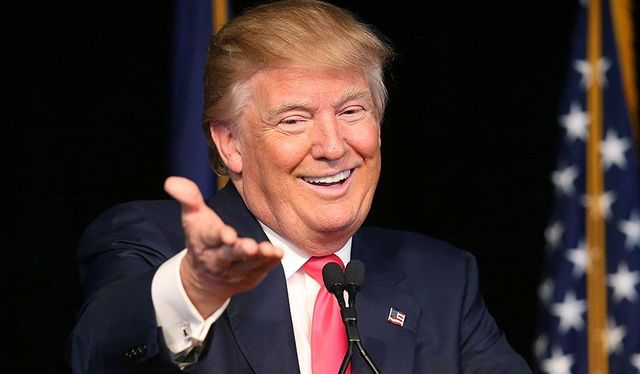 In reality, there are many gifted and competent federal employees, who work hard and get tainted by the incompetence of some co-workers and would be thrilled to have a merit-based pay system, that is based on performance, rather than tenure or who they’re connected to.

And luckily, Trump has a plan on how to get ‘rid’ of the worst federal workers.

President Donald Trump’s 2019 budget contains some of the biggest reforms to the workforce in decades. The budget plans to bring changes to the federal civilian workforce

Senior officials with the Office of Management and Budget said the plan aimed to put a stop to regular, tenure-and merit-based raises for more than 1.5 million federal workers and instead focus on performance-based raises.
This means that federal employees will now have to work hard for their raises, and those who do not perform well could be fired.

The proposal would reportedly generate $10 billion over 10 years for performance-based payments.

Via Washington Examiner: “Officials said the overall goal of the budget was to bring the 1950s-styled Civil Service into the digital age.

Gone would be the automatic reward of pay “step” increases of 3 percent to 5 percent which 99.7 percent of workers get, regardless of their performance. Also targeted, said the officials, are annual reviews that now give “everybody” a grade of four or five on a scale of five. And benefits, now 47 percent higher than in the private workforce, according to a congressional report, will be trimmed.

“This is a subject that essentially people have ignored,” said a top Trump budget official at a background briefing. “The American people elected a president that promised dramatic change.”

During the 2016 presidential campaign, Trump called for a smaller, more efficient federal government and he repeated that in his State of the Union Address. “Tonight, I call on the Congress to empower every cabinet secretary with the authority to reward good workers and to remove federal employees who undermine the public trust or fail the American people,” he said.”

About time, let them get paid on merit, and not just the time they put in.

What we now have is a President who is used to working and expects the same from his employees- (govt. workers). I have no tolerance for someone who does not nor wants to do a job. Why should the government be any different?

For far too long, people who screwed up in a government job were simply transferred to another position instead of being let go, like would happen for anyone else at their jobs.
If there is no competition or consequences for bad work, how will you ever make the job situation any better?
This is a great first step in getting rid of the deadwood in Washington.

What do you think of Trump trimming the federal civilian workforce? Scroll down to comment below!