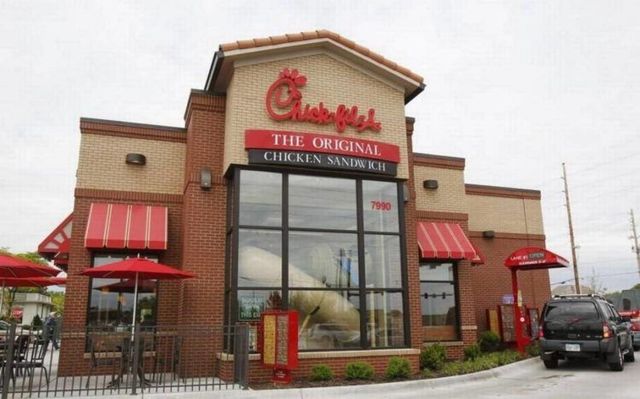 Chick-fil-A is the largest chicken, and the third-largest American fast food restaurant chain, whose specialty is chicken sandwiches.

Liberals hate this all American brand mostly because of it’s conservative stance.

We had cases in the last few years where liberals called for open boycott of the fast food chain but it never worked.

Fculty and staff at the University of Kansas this week condemned the school’s relationship with Chick-fil-A and called for a boycott of the controversial fast food chicken chain.

The culture of Chick-fil-A fosters hate and discrimination on multiple levels,” the Sexuality & Gender Diversity Faculty and Staff Council wrote in a two-page letter, accusing university leaders of being “more concerned about money and corporate sponsorship than the physical, emotional, and mental well being of marginalized and LGBTQ people.”

While the fast-food chain is celebrated for its exceptional customer service, it has come under fire several times after its president and CEO, Dan Cathy, publicly supported traditional marriage in 2012 and opponents have accused Chick-fil-A of being anti-LGBTQ for its charitable giving to the Family Research Council and Salvation Army, to name a few.

Although his remarks sparked widespread backlash, Cathy told a radio show days later: “We are inviting God’s judgment on our nation when we shake our fist at him and say, ‘We know better than you as to what constitutes a marriage.’ And I pray God’s mercy on our generation that has such a prideful, arrogant attitude that thinks we have the audacity to redefine what marriage is about.”

Additionally, the giant’s charitable foundation, the Winshape Foundation, has been called a “battlefield in the culture war” for funneling its profits to “anti-gay hate groups,” such as Family Research Council and Exodus International, a now-defunct group known for promoting “ therapy.”

Chick-fil-A will survive this boycott.