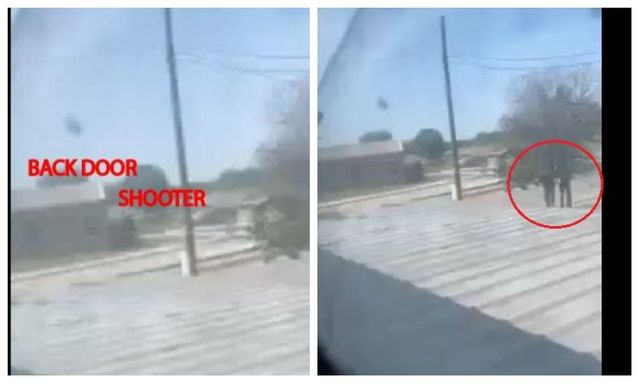 The nation’s eyes are on the Texas town of Uvalde following an elementary school shooting that has left 21 people dead and 17 more injured.

On Tuesday morning, a gunman entered Robb Elementary School in Uvalde after shooting his grandmother and crashing a car near the school, authorities said. According to an official from the Texas Department of Safety, the shooter walked into the building and fired at “children, teachers, whoever was in his way.”

He killed 19 children and two teachers.

Previously we have reported a video from the shooter as he entered the backdoor of Uvalde elementary school:

This video is what we have all seen online but now we have the same video and there are two police officers who just stand there and watch the shooter as he enters the unlocked backdoor: 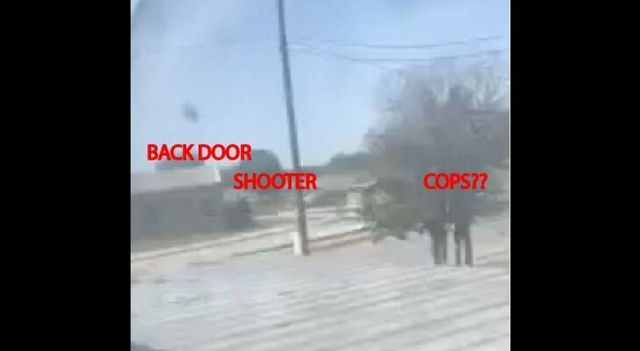 There are many questions about this video.

Why are the police there?

How did they know the shooter would walk into the backdoor and why didn’t they stop him?

Here’s what people are saying online:

“Absolute disgrace. Arm yourselves and protect your family, don’t depend on police”

“And then there is this. WTF is going on? Why is there so much weirdness around this?”

“It’s truly astounding that those armed police officers just watched as the gunman arrived at the school and let him enter. What on Earth are these people for then?”

“apparently they were on location before Ramos arrived? How does that fit into the timeline?”

“my question… who recorded that video and why were they there before Ramos entered the building?”

“I would like to know why the teacher propped the door open.”

We might have an answer to why the police were there!

The Daily Mail first reported that the Texas shooter, Salvador Ramos, allegedly opened fire at an elementary school after he exchanged gunfire with border patrol agents( though officials have confirmed Ramos was a US citizen) and barricaded himself in the school, sending the campus into lockdown.”

From the Daily Mail:

Cops rushed to the scene to reports of an armed man who had crashed a car near the school. Also on the scene were Border Patrol agents from a nearby outpost, one of whom got into a firefight with Ramos and shot him dead. An agent was wounded in the shoot-out but was able to walk himself out of the school, a local spokesman said.

From the photos below you can see his abandoned truck in a ditch with the left rear tire bent outwards. He abandoned the vehicle and went to the school. 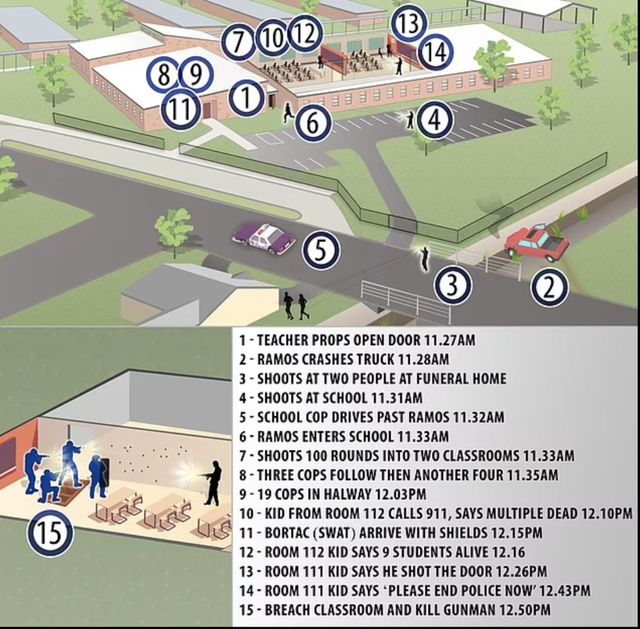 Still, none of it explains why the shooter could simply waltz into the school, with what appears to be two cops standing there, looking on.