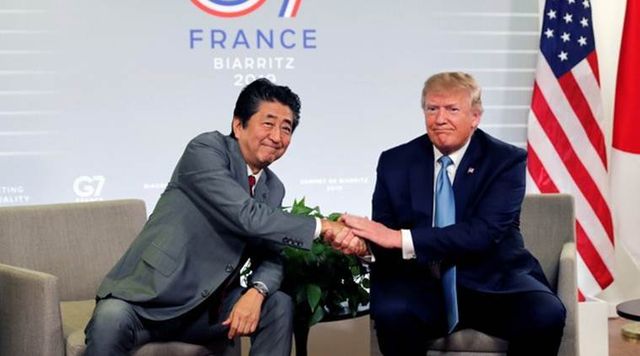 “Sure. Why not?” he replied, adding that “I have second thoughts about everything.”

However, he insisted that he had pushed ahead due to China’s “outrageous” behaviour.

“Presidents and administrations allowed them to get away with taking hundreds of billions of dollars out every year and putting it into China,” he said.

But the mainstream media did not focused on the most important deal of the day.

Few moments ago President Trump re-tweeted a video where he and Japan Prime Minister announced a trade deal that could worth billions.

“We’ve been working on a deal with Japan for a long time. And we’ve agreed in principle,” President Trump told the press at the G7 Summit.

“We successfully reached consensus with regard to the core elements related to agricultural and industrial trade,” Abe told the media via a translator. “We still have some remaining work that has to be done at the working level.”

Watch the announcement below:

This is a huge win for America and President Trump and we can be sure that the mainstream media will not give much attention to this.