Home Culture WATCH: Sarah Silverman: “If anything has ever made me want to eat... 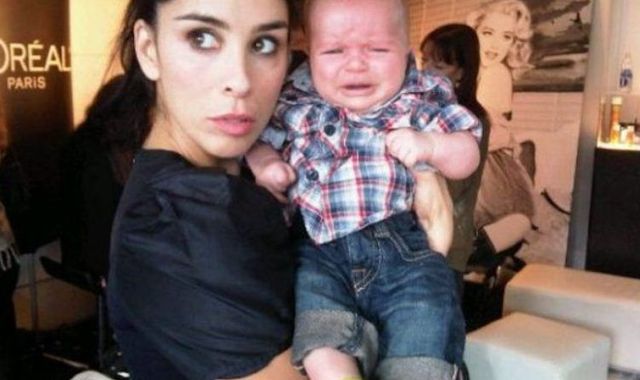 Liberals are out of control and what is even more strange everyone accepts their behavior like it’s something normal!

The fundraiser, which was hosted by Winstead herself and Silverman, ‘featured almost 4 hours of bizarre content, including abortion charades, an interview with abortionist Willie Parker, and political rants.’

A woman in a vagina costume introduced the game of grotesque charades, which they called “S**tty Law Charades.” It was in performing one of the grotesque abortion skits that Silverman made her quip about how a certain pro-life law aroused her appetite for mutilated baby parts. The conscience clause law she took issue with bans aborted fetuses from being used in manufactured food products, for example Pepsi.

“If anything has ever made me want to eat an aborted fetus, it’s this law”, said Silverman.

The rabid, crazed leftist openly endorses abortions and has previously posted a picture on Twitter with the caption “Got a quickie aborsh in case R v W gets overturned.” Real feminists are pro-life considering over half of the abortions are female babies and women should be given their right to be born. Their right to LIFE. There have been a shocking 60 million abortions at least in America since Roe v Wade, including a quarter of the black population.

The second law parodied mandated the cremation and burial of every aborted fetus. Silverman ghoulishly said of this law: “F**king funerals for f**king aborted fetuses? I would like to speak at those funerals. He lived the way he died. He died the way he lived. The size of a sesame seed with no discerning brain function.”

Spread this on ALL your platforms!

Avoid Internet censorship by subscribing to us directly press the allow button if you haven’t done that already!