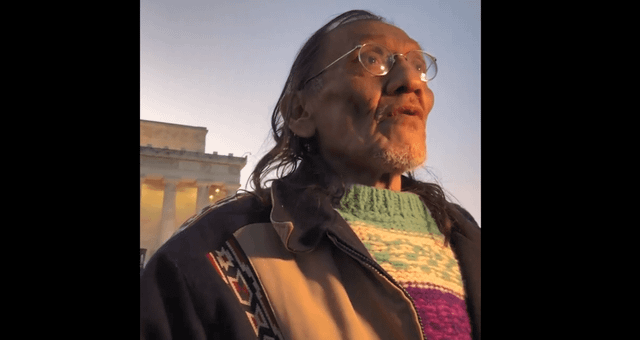 Fake News CNN’s coverage of this story is absolutely despicable and out right purposefully divisive. They claim that a group of MAGA hat wearing teens “surrounded” a native American. However if you watch the full unedited version of the footage you will find that the native American man actually pushed himself through the crowd.

Here’s what fake news CNN is claiming is news. A crowd of teenagers surrounded a Native American elder and other activists and mocked them after Friday’s Indigenous Peoples March at the Lincoln Memorial.

Videos of the confrontation show a smiling young man in a red Make America Great Again hat standing directly in front of the man, who was playing a drum and chanting. Other kids could be seen laughing, jumping around and making fun of the chants.

“I did not feel safe in that circle,” said Kaya Taitano, a student at the University of the District of Columbia who participated in the march and shot the videos.

She told CNN that the teens were chanting things like “Build the wall” and “Trump 2020.”

In the background noise you can her The Covington Catholic kids having racial slurs flung at them and the kids remain stunningly calm. The kids should actually be applauded for their great self restraint but instead they are being demonized all throughout the internet just because the Democrats hate President Trump.

Saddly you can’t find this coverage anywhere in the MSM. “You white people go back to Europe, this is not your land!”

The footage the Fake News Media won’t show you.

The Covington Catholic Kids having racial slurs flung at them.

“You white people go back to Europe, this is not your land.”

Doesn’t fit with the media’s narrative so probably won’t be covered…
pic.twitter.com/cSbaXRJp2K

In this tweet below the video clearly shows that it was the native American who approached the kids and not the other way around.

This unedited video (with the original sound) is indisputable proof that the Native American man approached the Catholic school kids pic.twitter.com/cFi0qRYDg2