Home Culture We’ve Made A Rendering Of The 40-yard Shot That Took Down The...

As we reported previously three people were killed and two others injured after a shooter opened fire in the food court of a Greenwood, Indiana, shopping mall Sunday evening, police say.

During a media briefing Sunday, police said the shooter was armed with a rifle and several magazines of ammunition. The type was weapon was not described beyond being a long gun.

“It appears that he had a rifle with several magazines of ammunition, entered the food court and began shooting,” Ison said.

Ison said that the shooter was killed by another person at the mall who was armed. Ison said the “good Samaritan” was a 22-year-old man from Bartholomew County.

“The real hero of the day is the citizen that was lawfully carrying a firearm in that food court and was able to stop the shooter almost as soon as he began,” Ison said.

We used a photo of the food court of the mall in Greenwood, Indiana, where Good Samaritan Eli Dickens stopped a maniac in 15 SECONDS using 8 well-placed bullets from his pistol at over 40 yards away.

That is absolutely nuts. This guy is Jason freaking Bourne.

And yes, that is the mall:

This is the path of the #GreenwoodParkMall shooter as emerged from the restroom & opened fire in the food court Sunday, killing 3 people and injuring 2 more before he was taken down just 15 seconds later by armed shopper Eli Dicken. pic.twitter.com/aIUVnBZzSH

Here’s a shooting instructor who has already named a long-distance pistol drill in Dicken’s honor.

As we previously reported on the day of the shooting every mainstream media was talking about the shooter all morning instead of the good Sarmatian that saved the day! 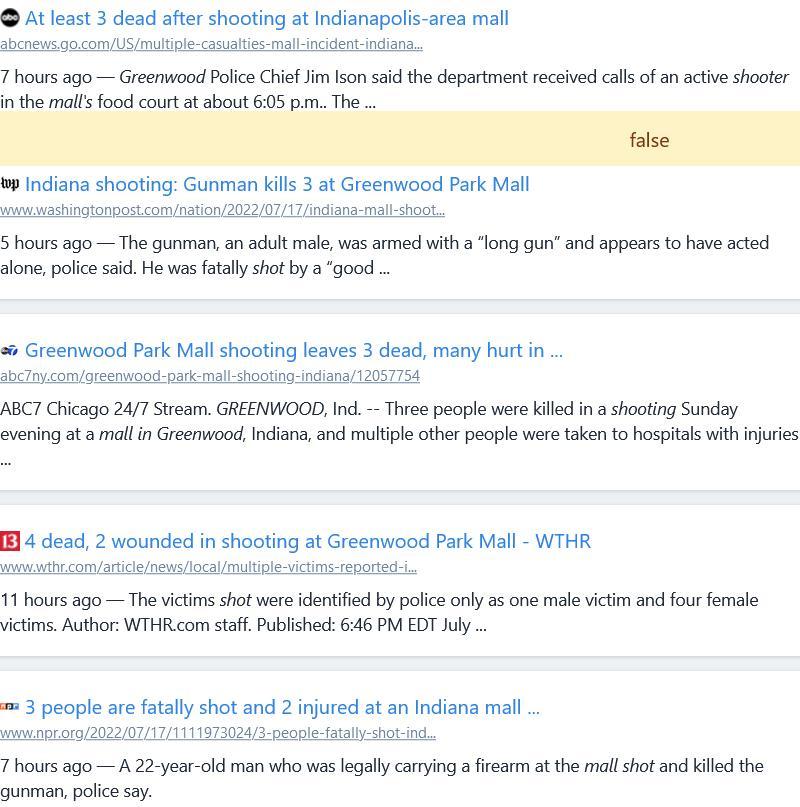 WATCH: The FBI was called after a shooting in the food court of Greenwood Park Mall in Indiana that killed three people.

The shooter was killed by an armed bystander, averting a second tragedy. pic.twitter.com/rHkDbjXxg8

There is not one headline that praises the hero and the second amendment for saving the day!