Home Culture Angel Dad Calls Out Dems Over Border Wall: ‘Would Have Been Three... 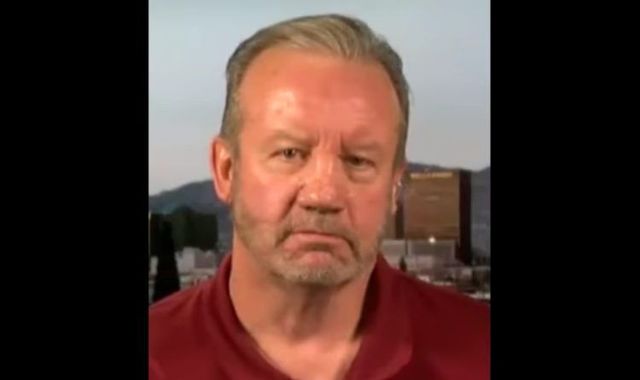 Angel dad Dan Ferguson told “Fox & Friends” hosts Monday morning that if Congressional Democrats had suffered the way his family had, funding for a border wall would have been approved months ago.

Ferguson’s daughter Amanda was killed in a hit-and-run accident in November.

Joel Velazquez, 24, is in the U.S. illegally and had been drinking the night he ran several red lights and hit and killed Amanda, Ferguson said.

“I am 100 percent behind him on his deal on the wall and securing the border,” Ferguson said.

“You know, he also needs to look at cutting off all the money for sanctuary cities because all that does is let these illegal aliens back into our society to commit more crimes.”

“I know President Trump has looked into the eyes of angel dads and angel moms like me. He knows the pain,” Ferguson told Fox News.

Ferguson continued, “My question for Congress is, you know, my daughter was hit and she was so badly hurt that they wouldn’t even let my wife and I identify the body. He legs were broken in eight different places, she had five skull fractures, she had ten broken ribs and a punctured lung. She died at the scene. You know, that’s something that I have to live with and my family has to live with every day.

“If Mrs. Pelosi’s or Mr. Schumer’s daughter or son were hit and killed by an illegal alien, I can guarantee you that funding would have been there months ago for this wall and security for our border.”


Let’s share this and let everyone who is against the wall know the pain that this man any many others have felt because of our open borders!