Home Opinion Biden Is Accused Of Filming A Green Screen Video As His Hand... 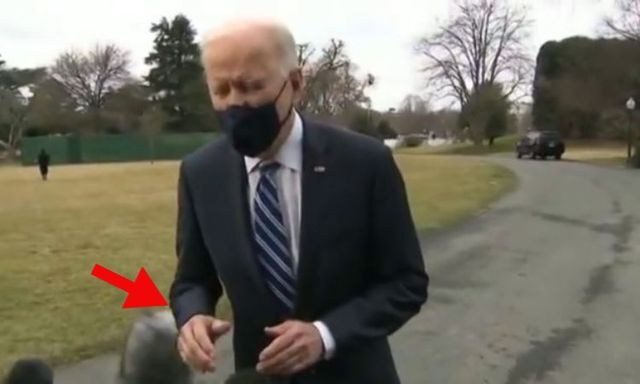 Video footage of President Joe Biden meeting with reporters on Tuesday as he left the White House for a visit to Chester, Pennsylvania sparked a conspiracy theory, and people called Biden a green screen President.

You have to wonder after you see the video from outside The White House on Tuesday as Biden prepares to board Marine One.

Now, normally people focus on the crazy stuff that comes out of the mouth of President Joe Biden. But today everyone is focusing on his hands.

Before Biden made his way towards Marine One on the South Lawn lawn en route to Pennsylvania to promote his $1.9 trillion COVID-19 relief bill, he was asked about the situation at the U.S. border with Mexico.

Biden’s Homeland Security Secretary Alejandro Mayorkas said on Tuesday that the U.S. is facing the biggest surge of migrants at its southwestern frontier for two decades.

When one of the journalists asked, “Do you have any plans to travel to the southern border?” Biden replied, “not at the moment.”

But it was not his response that got the attention on social media. Rather, it was the video of the exchange, in which his hand appeared to go through the front of the reporters’ microphones.

You’ll probably need to watch that several times to confirm you did in fact see what you saw. 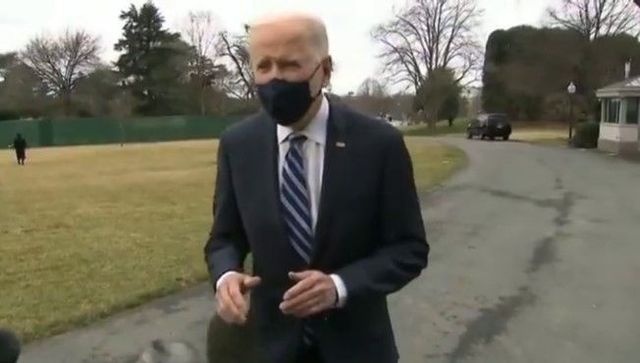 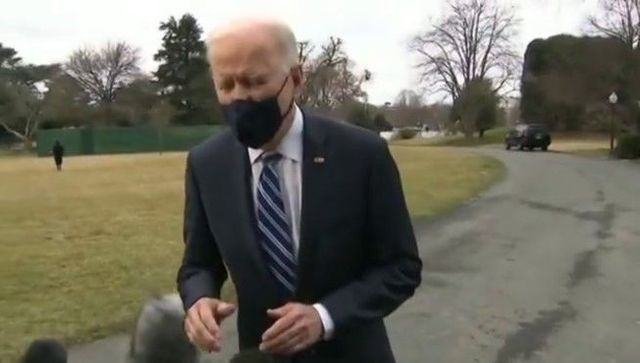 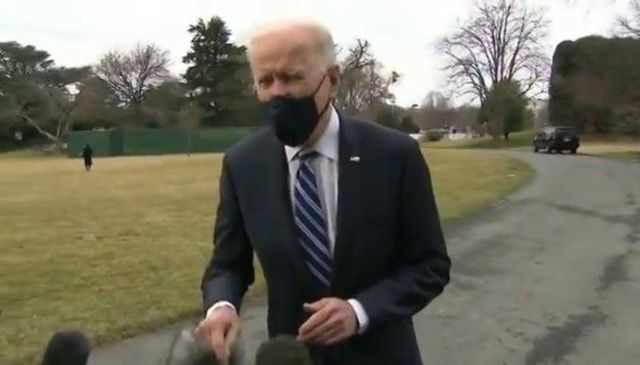 We’re not using any tricks here, just reporting on what others are saying about this video. Do we really believe Biden is performing here in front of a green screen? We can’t confirm it.

Does it look odd? Yes. Could it just be some weird angle or something glitchy with the camera? It’s certainly possible.

Another user wrote: “If the mics were green-screened Joe Biden’s hands wouldn’t have gone through it because the green screen video would be above the video of him speaking.”

The allegations of a green-screen didn’t stop even do pictures on Getty Images show some angles of Biden’s brief exchange with reporters on Tuesday.

Biden has faced a similar situations in the past few days. Last week, in a video the top of Biden’s head disappeared. And people speculated the appearance was in front of a green screen.

Meanwhile, under fire from his immigration policies and amid a surge in unaccompanied minors at the border, Biden told ABC News that would-be migrants should stay home.

“I can say quite clearly: Don’t come over,” Biden said, “don’t leave your town or city or community. We’re going to make sure we have facilities in those cities and towns… to say you can apply for asylum from where you are right now.”