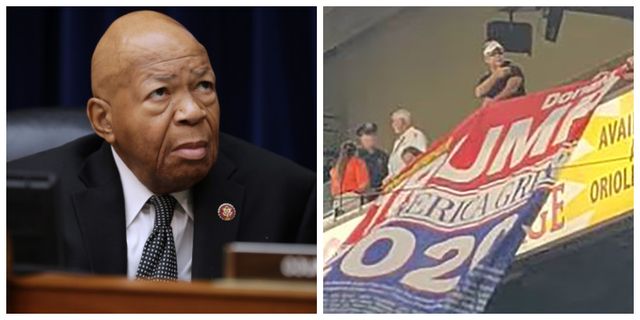 The Baltimore Orioles were taking on The Toronto Blue Jays in Rep. Cumming’s district when a group of fans hung a “Trump 2020” banner from the balcony.

Many fans booed and the police and stadium security got a hold of the four fans and took them from the stadium,” CBS Baltimore reported.

The incident came amid Trump’s ongoing attacks on Rep. Elijah Cummings (D-Md.) and the city of Baltimore. Some sections of the crowd chanted “take it down,” tweeted Jon Meoli, a reporter for The Baltimore Sun:

On what grounds was the flag removed? Hate speech perhaps? Clearly a denial of the first amendment.