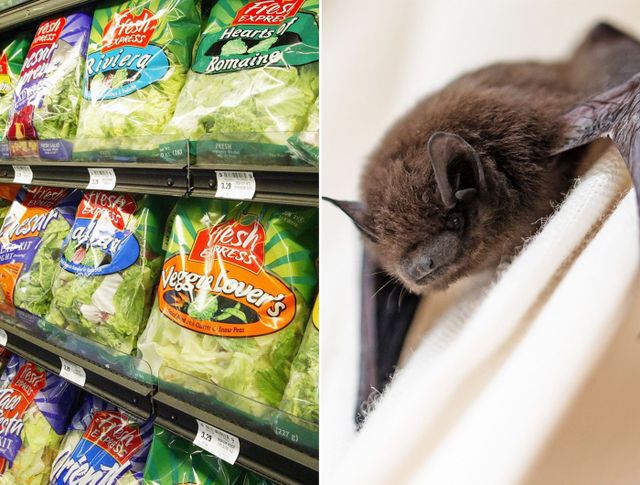 Fresh Express recalled its Organic Marketside Spring Mix from Walmart stores in the Southeastern United States Saturday because a dead bat was found in a packaged salad in Florida.

The Centers for Disease Control and Prevention says it’s working with the FDA and the Florida Department of Health to investigate the situation.

While Fresh Express’ recall notice tiptoes around the bat issue — “Fresh Express was notified that extraneous animal matter was allegedly found in a single container of the salad” — the CDC had this to say on its website:

“Two people in Florida reported eating some of the salad before the bat was found. The bat was sent to the CDC rabies lab for laboratory testing because bats in the United States sometimes have been found to have this disease. The deteriorated condition of the bat did not allow for CDC to definitively rule out whether this bat had rabies.”

The CDC did say the risk of rabies transmission is very low, but not zero, so the organization recommended the two eaters of the organic salad begin treatment as if they’d been exposed to rabies. Both report good health so far, according to the CDC.

As for the recalled product, it comes in a five-ounce, clear container. The best-by date is April 14, 2017, with production code G089B19. Customers can toss it or return it to the Walmart of purchase. Those with questions can call the Fresh Express Consumer Response Center 800-242-5472 from 8 a.m. to 7 p.m.

Wow, this is gross. I could stand a lot of things in my salad, but a dead bat is just nasty! 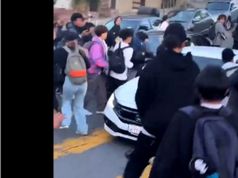 Video: Climate Activist In SF Attacked A Man In A White Honda And Learned The Hard Way Why You Never Bring A Skateboard To... 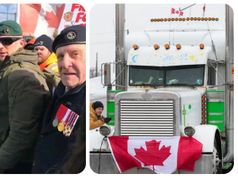 As The Police Move In To Mop Up Freedom Protesters Veterans Formed A Line Between The Police And The Truckers At The Windsor Bridge...