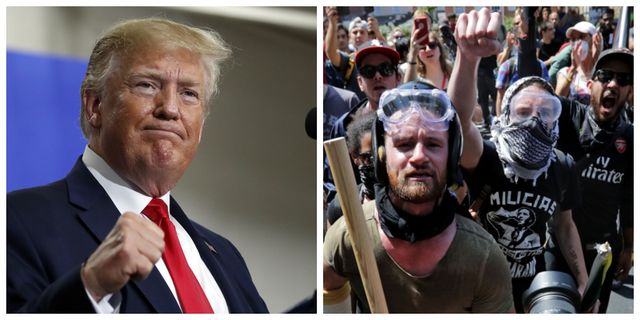 “Antifa is a domestic terror organization. This is a group of hateful, intolerant radicals pursuing their extreme agenda through violence.

“They are masked bigots, attacking others b/c they don’t agree with their ideas. The time to stop Antifa is NOW!” Sen. Cassidy said.

It seems that this was just the beginning because Officials in Portland, Oregon, are considering a ban on the wearing of masks events, in response to the violent clash that took place in between Antifa and right-wing groups.

consideration is being given to naming ANTIFA an “ORGANIZATION OF TERROR.” Portland is being watched very closely. the Mayor will be able to properly do his job!

More than two dozen local, state and federal law enforcement agencies, including the FBI and the Federal Protective Service, are in Portland to help police monitor the protests.

Ahead of the rally, Democratic Mayor Ted Wheeler said Friday on Fox News’ “Outnumbered Overtime” said he’s confident “from a law enforcement perspective, we’re going to have all the tools and the resources and personnel we need.”