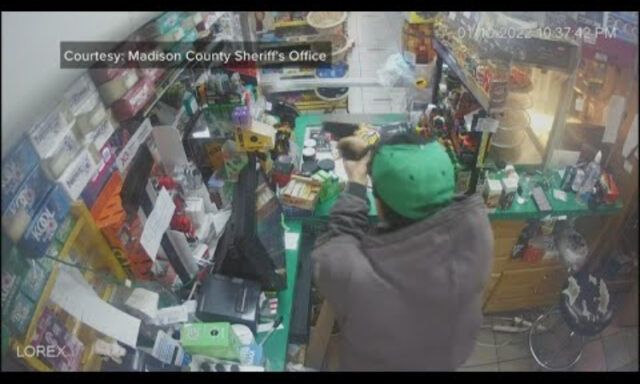 The owner of an Ohio gas station defended his business against an armed, would-be robber by pulling out his own gun.

Raj Patel has owned a BP gas station in Mount Sterling, Ohio, for the last 23 years. On the night of Jan. 10, he not only had to defend his business but also protect his own life. The incident was caught on surveillance video.

The video shows a man walking up to the counter inside the store. He leaves then quickly returns with a gun. Patel puts the cap back on his drink and pulls out his own gun. As the suspect runs away, he fires one shot then calls police.

Patel said he was glad that he was able to help police nab Collins who is accused of being involved in at least two other robberies in another county, officials said.

“I love people and I love my customers,” Patel told the outlet after defending the store. “It’s a great community. I came from another country, but they teach me everything I need to learn from here.”

He owns his gun legally and is a supporter of the second amendment!