A report reveals that an Antifa member from North Dakota who attacked a Republican Senator’s office actually received money from Democrats and even got his ax back from the Federal Bureau of Investigation.

The 31-year-old Thomas Alexander Starks pleaded guilty in April for the destruction of government property–the office of Republican Senator John Hoeven located in Fargo–using an ax. Starks, who lives in Lisbon, used the ax last December to smash Hoeven’s intercom and glass door.

It was all caught on video:


However, instead of getting more than a year’s imprisonment, Starks only received probation out of him being a member of the Antifa as per a report from PJ Media. He was also given a small fine to pay for his offense.

The report explained, “Federal guidelines suggested Starks should spend 10–16 months in the hoosegow, but because he is a protected member of Antifa, he was sentenced to mere probation and ordered to pay $2,784 in restitution.

“Keep in mind that there are people still in solitary confinement for taking non-violent selfies in the Capitol on January 6,” the report said.

Then it reported that the FBI returned the ax he used, and Starks bragged about it on the company formerly called Facebook, now Meta.

With an image of the ax, he wrote, “Look what the FBI were kind enough to give back to me!”

He also boasts that “I am ANTIFA. I will always attack fascists, racial superiority complexes built around nationalism that promotes genocide to fuel a war machine is the worst humanity has to offer.”

After being charged, he went online to explain he wanted money to hire a lawyer, in fact, a “quality defender,” as the report explained.

The North Dakota GOP had another view: “It is inexcusable that Chairwoman Oversen would be personally involved in supporting a far-left extremist whose violent actions constitute an assault on our democracy.”

Not one major media outlet decided to speak about this!

For months, elected officials representing the citizens of this country have been seeking truthful, non-politicized answers from the government about the events that unfolded on January 6. We have been continually stonewalled, belittled, ignored, and even demonized by the Department of Justice, leadership at the Capitol Police, and the Bureau of Prisons. They each ignore requests and questions, refusing to allow oversight of their actions which gives every appearance of a cover-up of wrongdoing. Think of the legal doctrine of spoliation. In court, if one party holds evidence and destroys it or refuses to produce it, the judge may instruct the jury to infer that the evidence is completely against the party hiding it. This is exactly what they are doing.

Should ideology and abuse of power continue to drive this administration’s actions, the Rule of Law will cease to exist. The only safeguard against these obvious improprieties is transparency. Until recent times, our country protected our individual freedoms by dragging every ugly wart out into the light of day to examine the actions of our government. We gave deference to individual rights. By its actions, the Biden Administration is shredding the foundations of our legal system and the rights of the people’s representatives to protect them from government abuse.

A number of January 6 prisoners were held behind bars for months without ever being charged with a crime, and some without ever seeing evidence for or against them. Some have already accepted plea deals despite not having access to all of the evidence involving their cases, which is a civil rights violation and potential Brady violation. There have also been reports of heinous mental and physical abuses against these prisoners at the D.C. Central Detention Facility, although a recently released prisoner said things got better after four of members of Congress attempted to tour the facility.

Now, imagine the outrage from Democrats and their accomplices in the media had Antifa and Black Lives Matter rioters been prosecuted with a fraction of the vigor with which the DOJ has gone after the January 6 defendants. Undoubtedly, there would be Leftists, including elected officials, chomping at the bit to call on their supporters to donate funds to assist these terrorists, just as our now-Vice President did last year. For reference, the riots in the summer of 2020 were reported, based on insurance claims, to be the most destructive riots in U.S. history.

Those riotous individuals terrorized American cities for months, set fires to federal and law enforcement buildings and destroyed the livelihoods of innocent Americans. More than 2,000 law enforcement officers were injured during these “mostly peaceful” protests. These groups even attempted to breach the White House in May of 2020, creating a threat so serious that Secret Service agents were forced to rush then-President Trump into a secure bunker.

Of course, most of them will never face a day of judgment in court because, despite all of their criminal and terroristic actions, these rioters didn’t express their support for Donald Trump. 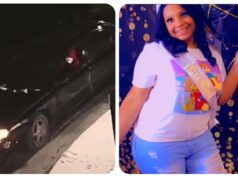