Home Culture Video: Burglar Trying To Break Into A Car Parked On The Driveway,... 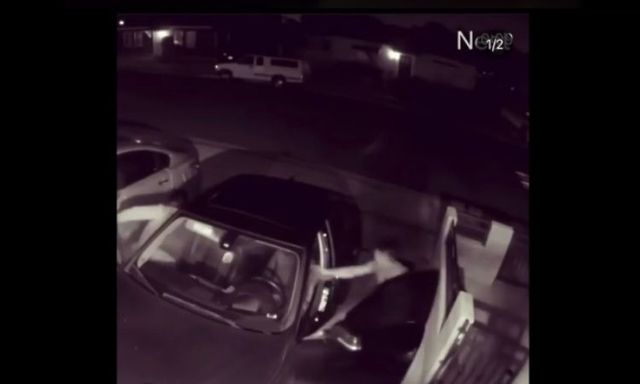 A home invasion event is terrifying. Some of my relatives experienced a very violent home invasion recently. Thankfully, they were lucky and were able to defend themselves. But, it could have been much more tragic.

A home invasion is often very sudden. There is no way to know for sure if there are multiple intruders. You also don’t know their intentions. But, you do know one thing… they just committed a felony… which means they probably don’t have inhibitions about committing another felony. And they probably don’t want any witnesses to their crime. You must assume the worst… that they are there with violent intent.

A homeowner shot at a would-be burglar in a Summerlin neighborhood near Hualapai and Town Center last night. The homeowner said he’s still shaken up after firing on someone he thought was trying to break into his home.

Albolote lives a couple of houses down from the homeowner who shot at the would-be burglar. The homeowner told 8 News off-camera that he and his wife had just finished unloading groceries from their car when a man got in through the garage door, which was open.

He says the suspect stole his wallet and his phone from his car where he also had his gun. The homeowner’s wife was inside when he says the man was coming towards him with his hand in his pocket, so he reached for his gun and fired two rounds.

His neighbor who lives across said the thief left something behind.

“There was a large sneaker in the street,” she said.

Residents in the area say police went around the block asking them if they saw or heard anything. Officers were also looking for surveillance footage to help identify the man.

The homeowner was only able to provide a vague description.

Now people online started a petition to get the homeowner arrested!

And in the comment sections, people call this shooting a murder!

There are few situations where a person has a clearer legal latitude to defend themselves than this. They represent a real threat to you and your family, and you have to do what is needed to stop the threat, up to and including lethal force. But, you are not judge, jury and executioner… so, only take the actions that are necessary to stop the threat.

First, I would retrieve my nearest firearm, flashlight, and cellphone… all of which are located nearby. I would promptly check to see if the intruder(s) is/are making a dash toward our bedrooms… and, if so, I would deal with them immediately before they can get to my children.

If not, then I would awaken my wife and have her bring the children to the master bedroom. I would have my wife call 911 to report the break in, while I go to a defensive position that gives me visibility to any routes that would enable the intruder to get to my family.

We have several dogs, some in the house, so I would listen for their barking or growling. That might give me a clue as to what area of the house the intruder is in at that moment.

By some miracle, should the intruder be able to get past me, then I have no doubt that my children will be able to defend themselves, as they are both excellent marksmen.

The police station is not far away, so I suspect that they would respond promptly. I would open the door to make sure they could come in unrestricted. If I had to use force during the event, I would give them a factual statement as to the course of events.