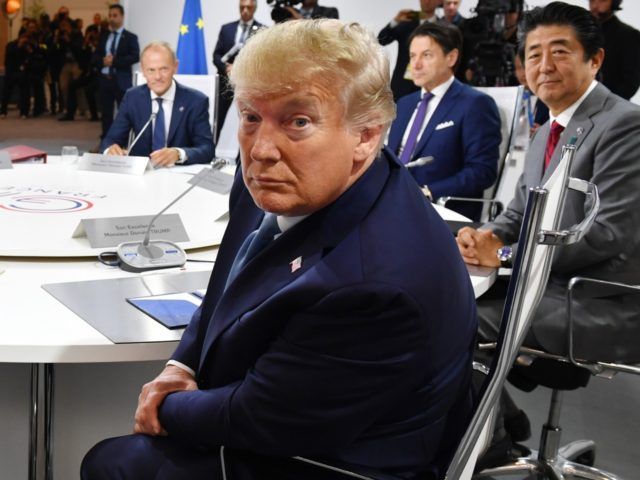 For all of the Fake News Reporters that don’t have a clue as to what the law is relative to Presidential powers, China, etc., try looking at the Emergency Economic Powers Act of 1977. Case closed! Trump tweeted yesterday.

“Sure. Why not?” he replied, adding that “I have second thoughts about everything.”

However, he insisted that he had pushed ahead due to China’s “outrageous” behaviour.

“Presidents and administrations allowed them to get away with taking hundreds of billions of dollars out every year and putting it into China,” he said.

The White House later insisted that Trump’s only regret was not escalating the trade war further.

“His answer has been greatly misinterpreted,” his spokesperson said.

“President Trump responded in the affirmative – because he regrets not raising the tariffs higher.”

Boris Johnson said he would be telling President Donald Trump at this weekend’s G7 summit to pull back from a trade war which is already destabilizing economic growth around the world.

Asked if he would be telling Trump he should not escalate the trade war with China, Johnson said “you bet”.

Johnson said his priorities for the summit “are clearly the state of global trade. I am very worried about the way it’s going, the growth of protectionism, of tariffs that we’re seeing.”