Home Culture Welfare Leech Says She Is “Comfortable” With Being on Welfare for 12...

We are all aware that during Barack Obama’s presidency, he put millions of Americans on welfare and allowed them to freeload off the hard work of taxpayers.

The woman in the video, Kiara, is 30 years old. She has been on welfare since the age of 18. That’s 12 years she’s been receiving government aid.

She does not have a job and doesn’t think she should get one. When asked how she feels about not having a job, she says, “I’m comfortable with it and I feel like I don’t need to look for one [a job] because I get a check from the government every month.”

Because of this, Obama has almost doubled our national debt to more than $19 trillion, and growing! Obama made these people think that rules don’t apply to them and that they are entitled to what hard working Americans earn, by giving them everything they want and not force them to work for it.

This is exactly why we need a law and order president like Donald Trump.

Unlike Obama, Trump has made it clear that he intends to get people off of the system and on to being self-sufficient because the hard working American people are tired of working so the government can give to people like this woman who don’t know a hard days work.

Thanks to President Trump, her days of food stamps and money is over! 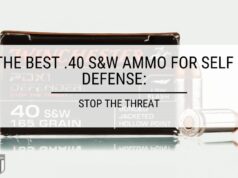