Home Culture Watch: 83-year-old Man Takes Matters Into His Own Hands and Pushes a... 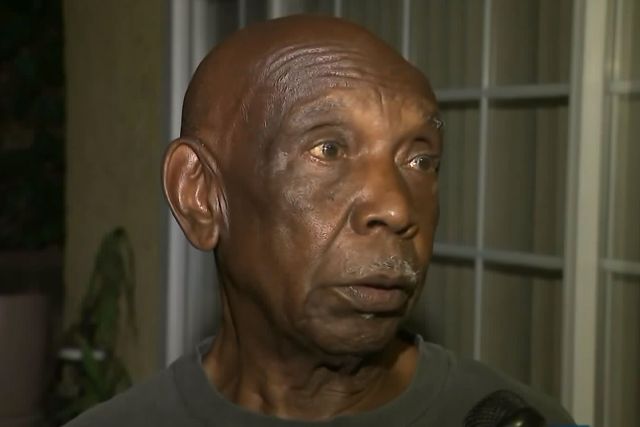 83-year-old Wilford Burgess pushed a suspected robber off the roof of his home after a five hour stand off.

Wilford doesn’t take crap from anyone!

After Burgess tussled with the suspect a bit, he finally pushed him off the roof. The suspect landed on Burgess’s car, breaking the windshield.

Crisis negotiators had been called to the neighborhood, where a man was jumping from rooftop to rooftop, Los Angeles County sheriff’s officials said.

The suspect was on one roof for about five hours before the elderly resident “got tired” of his antics, climbed onto the roof and pushed the man off, according to Sgt. Joseph Morales.

“The grandpa did what we couldn’t,” Capt. Tim Murakami tweeted after the incident.

“I’d made up my mind. I said, ‘He’s on my roof? Whatever it takes, he’s coming off,’ ” Wilford Burgess told ABC7 after he pushed the man off his house’s roof.

Burgess said he told his neighbor he needed to borrow his ladder to get the man down.

“I’m going on that roof. That sucker’s coming down,” Burgess said.

In a video of the incident, Burgess is seen pushing and shoving the man and giving him a few “choice words” before the man is launched off the front of the roof and slams onto the hood of Burgess’ car. The windshield was wrecked with a circular web of cracks and breaks from the man’s impact.


For being 83, Burgess did an amazing job of knocking the suspect off of his roof!