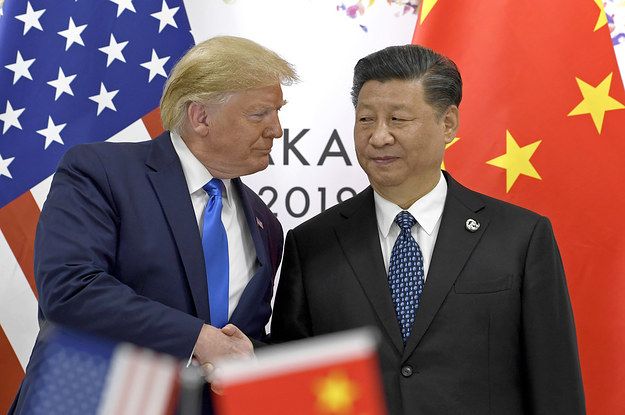 For all of the Fake News Reporters that don’t have a clue as to what the law is relative to Presidential powers, China, etc., try looking at the Emergency Economic Powers Act of 1977. Case closed! Trump tweeted 9 hours ago.

Reuters has confirmed that he does have the authority even if all mainstream media and the Dems said otherwise.

Trump could treat China more like Iran and order sanctions, which would involve declaring a national emergency under a 1977 law called the International Emergency Economic Powers Act, or IEEPA.

Once an emergency is declared, the law gives Trump broad authority to block the activities of individual companies or even entire economic sectors, former federal officials and legal experts said.

Trump used a similar strategy earlier this year when he said illegal immigration was an emergency and threatened to put tariffs on all Mexican imports.

have invoked IEEPA to freeze the assets of , such as when former President Jimmy Carter in 1979 owned by the Iranian government from passing through the U.S. financial system.

A far more dramatic measure, albeit highly unlikely, would be to invoke the Trading with the Enemy Act, which was passed by Congress during World War One.

The law allows the U.S. president to regulate and punish trade with a country with whom the United States is at war. Trump is unlikely this law because it would sharply escalate tensions with China.

We finally have a President who is standing up to China instead of letting the Commies dictate the rules. Every President before has talked but President Trump is taking action! It’s about time we had a President stand up for America first! The whiners are absolutely clueless and apparently would rather have America at the bottom of the pile.