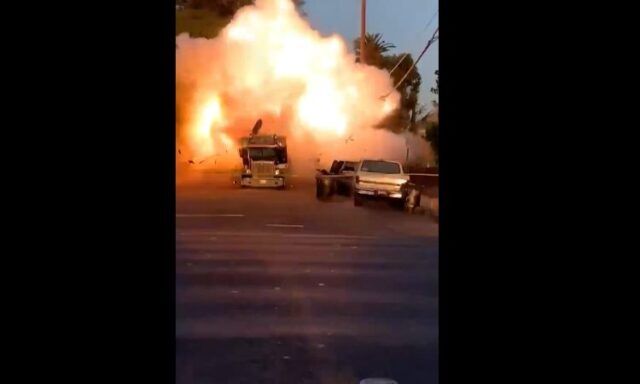 Local and federal investigators were combining efforts Thursday to determine why a cache of illegal fireworks exploded as it was being destroyed in South Los Angeles, injuring 17 people — including 10 law enforcement officers.

A Los Angeles police bomb squad truck was destroyed from the blast Wednesday, and the vehicle remained on the street in the 700 block of East 27th Street near San Pedro Street Thursday morning as investigators worked to retain the integrity of the scene.

We have exclusive videos below that were sent to us by local bystanders!

The moment the explosion happened:

The blast damaged cars in a residential neighborhood and left debris on the streets. A truck that was being used to collect the explosives also appeared to be severely damaged.

At a news conference, Los Angeles Police Chief Michel Moore said officials responding to a home on the 700 block of East 27th Street had found several thousand pounds of illegal fireworks as well as improvised explosive devices that were “more unstable.”

An LAPD bomb squad transferred the improvised devices into the iron chamber of a semi-truck that’s meant to contain such explosive material, he said.

A National Bureau of Alcohol, Tobacco, Firearms, and Explosives team was expected to arrive Thursday to conduct their investigation.

“This was completely unexpected. They followed all the protocols in place. It was not really one of these explosions that was unplanned. This was planned,” LAPD Lt. Raul Jovel said at a press conference Thursday morning.

Officials say the material being inside the LAPD truck made the blast more dangerous.

“You put a destructive device inside a closed container where it’s pressurized, when it blows up, that is a big punch,” Jovel said. “If some of these devices were to explode in the open, the impact would be a lot less because the blast would really go in all directions.” 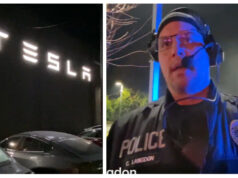