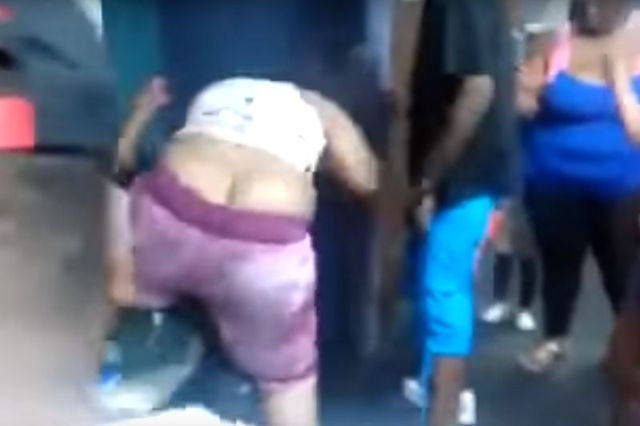 A brawl broke out at a welfare office in St. Louis when two women got into an argument.

While the brawl was going on, another women attacked a man wearing a hat. He seemed to be there with one of the women in the fight.

Bystanders watch and do nothing to intervene. Some of the bystanders record the incident with their mobile phones.

Children were on the scene witnessing the incident.

It was reported that one of the women was going to grab a pair of scissors right before the security guards stepped in to stop the fight.

Neither state nor local authorities knew about the incident until Fox 2 news alerted them.

Do you think these women deserve taxpayer handouts with this sort of behavior?